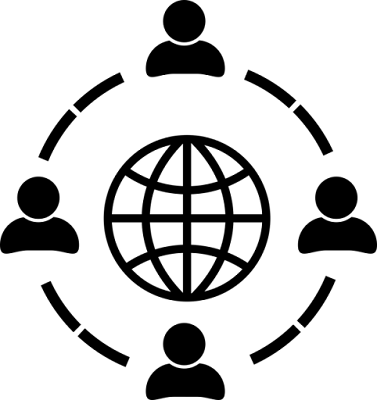 The increasing virtual presence of the modern man has led to its increasing effect on his mind. Despite being a budding reality, the actual social life of man is being quickly replaced by his sociability in virtual space, with alarming consequences on his psyche.

Sociability is the quality of being sociable and enjoying the company of other humans. Sociability is a valuable soft skill, cited as one of the major skills required for a long, happy, and successful life in the popular general parameters. Since virtual interactions have similar effects on a person’s mind and body as physical ones, so the same parameters can be used for gauging the psychological effects of virtual interactions on a person. In his article Virtual Reality in Psychology, Nigel Foreman wrote, “…that movements in virtual space, and accompanying perceptual changes, are treated by the brain in much the same way as those in equivalent real space.” In his paper, The Psychology of Online Sociability: Theory and Examples, Turkle Clementson puts forward a solid connection between the virtual world to a person’s psychological health. He writes, “Online sociability is today a frequent experience for millions of people, and it will in the years to come be so for many more people across the world.”

It was discovered that increasing virtual interaction and sociability has led to growing cases of depression, lower self-esteem and internet addiction with withdrawal symptoms similar to those experienced with substance abuse. Igor Panic writes in his article that the time spent by the younger generation online has grown exponentially in the last decade, encroaching upon the amount of actual social interactions with family members and friends, and also adversely affecting its quality and intensity. His research found “a statistically significant positive correlation between depressive symptoms and time spent on SNS” (Social Network Systems like Facebook, Twitter etc).

The second conclusion was that online communication also led to a short-term or long-term reduction in self-esteem among users. The Objective self-awareness theory proposes that when a stimulus makes the self the object of consciousness, it leads to a weakened self-image. Social interactions on the internet are largely centered around narcissistic representations of the self. In social media, a person repeatedly comes across his own profile, which has the same adverse effect on his self-image as that of looking at himself in the mirror or hearing his own voice.

Lastly, the study observed that the obsessive and preoccupied state of the network user was very similar to that of a substance abuser. A similar behavioural pattern included neglect of other aspects of their social life, like family and offline friends in the physical world. When a chronic user’s connection to his virtual world was cut, he reacted and experienced partially the same symptoms as that seen during drug/alcohol/nicotine abstinence syndrome.

While more research is needed to conclude the cause and effect, it has been confirmed that increased virtual sociability leads to major psychological disturbances in the user, basically in the form of depression, lower self-esteem, and addiction. Being harmful in excess, the encroachment of the virtual world on the user’s physical and real interactions with his family and offline society in itself has adverse effects on his psychological health.